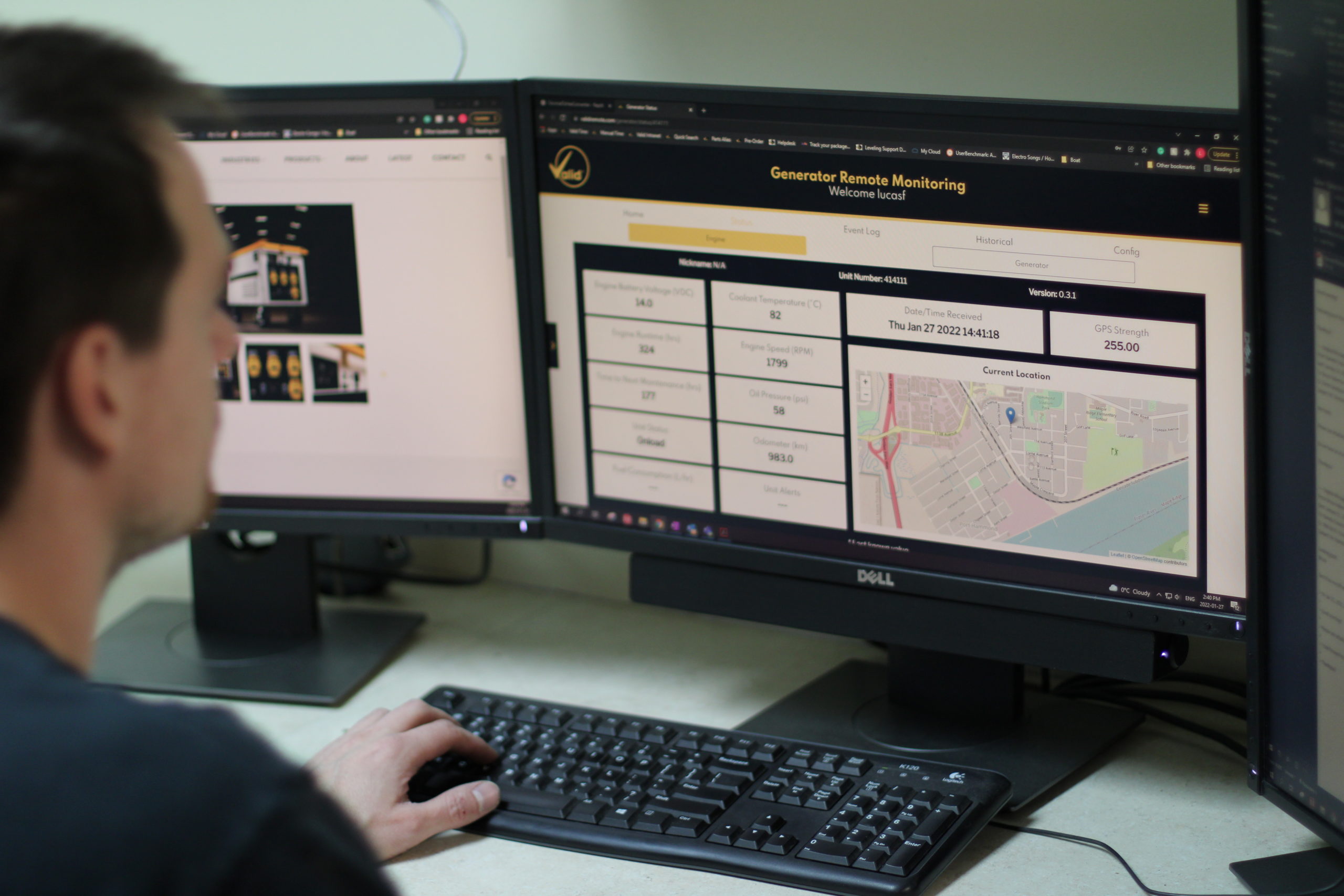 The film industry has a growing responsibility to reduce its carbon footprint through cleaner energy solutions. Production hubs such as Los Angeles, Vancouver, and London are pushing film producers to adopt sustainable production practices that reduce emissions. An important part of this process is accurately tracking the efficiency of power systems.

According to the Sustainable Production Alliance (SPA), an association of film, TV and streaming companies dedicated to reducing the entertainment industry’s environmental impact, “to address any problem, they [the film industry] must first measure their impact.” Valid has developed a way for the film industry to measure this impact using remote monitoring technology coupled with a user-friendly web interface. Producers and gaffers (lighting technicians) can now make educated decisions on power consumption using real-time data from Valid’s Remote Monitoring System to minimize both energy usage and fuel waste.

Valid developed its remote monitoring functionality initially for their lithium-ion battery packs. This monitoring system helps to ensure that the Valid Power System (VPS) batteries have an extra layer of security against lithium-ion battery faults. Valid can remotely maintain firmware and configuration settings without having service technicians on site. The Remote Monitoring System quickly proved to be a valuable source of data showing the VPS batteries performance in real-time. The film industry required a reliable source of data to show how efficient all power systems are running, so Valid adapted its technology to also monitor its Studio Generators which are designed to support film production.

Diesel generators as a power supply have increasingly become a concern for film producers due to their high rate of carbon emissions. A summary of the project “Lights, Camera, Climate Action” concluded that, “By transitioning to cleaner alternatives from diesel generators, the film industry can reduce public exposure to air contaminants and improve public health.” The film industry is focusing on reducing its carbon footprint and are now demanding reliable and accurate sources of data on individual generator performance. Valid’s Remote Monitoring System can provide the film industry with accurate data on a power system’s performance, meeting this growing requirement for transparency in energy consumption.

Over-powering on film sets has been the status quo for film production, with gaffers choosing equipment based on maximum power usage estimates for an entire day. This inefficient practice causes diesel generators to run for unnecessary long periods of time, where a more appropriately sized power system could have been brought in.

Emissions from fuel use are most often the primary contributor to a production’s carbon footprint. This is why SPA has prioritized finding solutions to transition the fossil fuels used in film and television productions to clean, renewable energy solutions. Battery packs can be used to create electrical grid tie-ins to reduce the need for diesel generators in film production.

This information allows them to make choices that will reduce energy waste and right-size their equipment needs, reducing the overpowering on film sets. It also allows them to make the decision to bring in a hybrid option, using both batteries and generators. With the VPS Hybrid Combo, producers can solve their range anxiety during film production by providing reliable power through both batteries and generators. VPS Battery Packs maintain lower power requirements without waste. Then, once higher power loads are required, the VPS Hybrid Combo seamlessly transitions to the VPS Studio Generator to accommodate increased power needs.

Valid’s Remote Monitoring System promotes efficiency in the film industry by providing the information necessary to reduce the amount of energy wasted during film production. With accurate real-time data, access to historical usage reports, and easy-to-read graphics, producers can track their power usage wherever and whenever they need. The Valid Remote Monitoring System is a single source of data for both VPS Studio Generators and VPS Battery Packs, informing equipment rental companies and producers how they can reduce power waste by rightsizing their equipment.